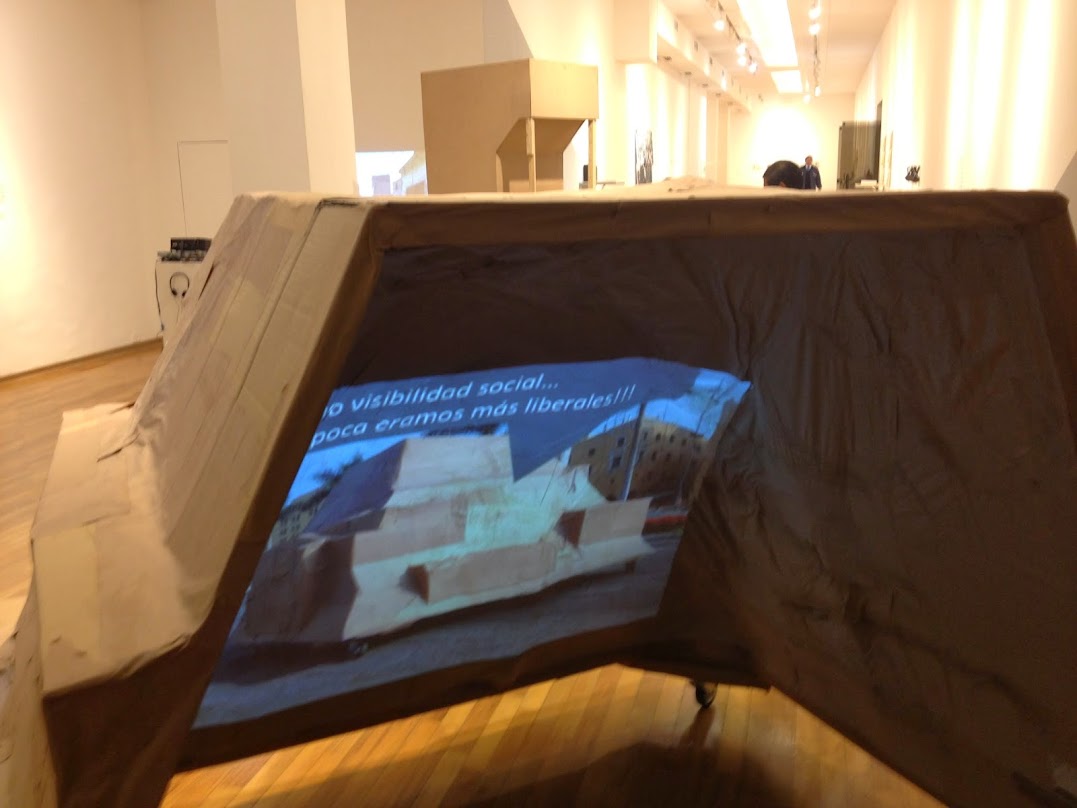 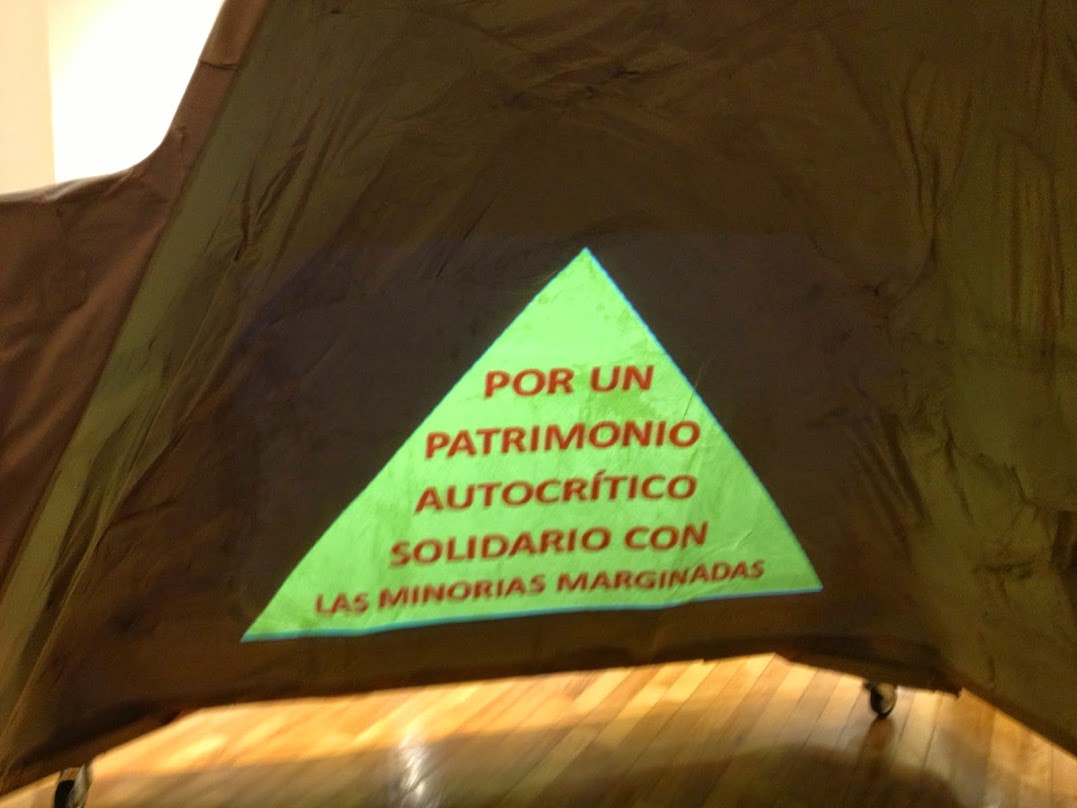 A rough model of a Peruvian coastal precolumbian temple (huaca) made with cardboard contains a cavern. Inside, a slide-show video offers the testimony of the temple, as a witness of the city transformation during the last centuries. The slide-show focuses its information on critical perspectives on patrimony dismanagement and the lack of polices to relate cultural heritage to human development, and the creation of active and inclusive public spaces within this “protected cultural heritage” in abandoned condition. 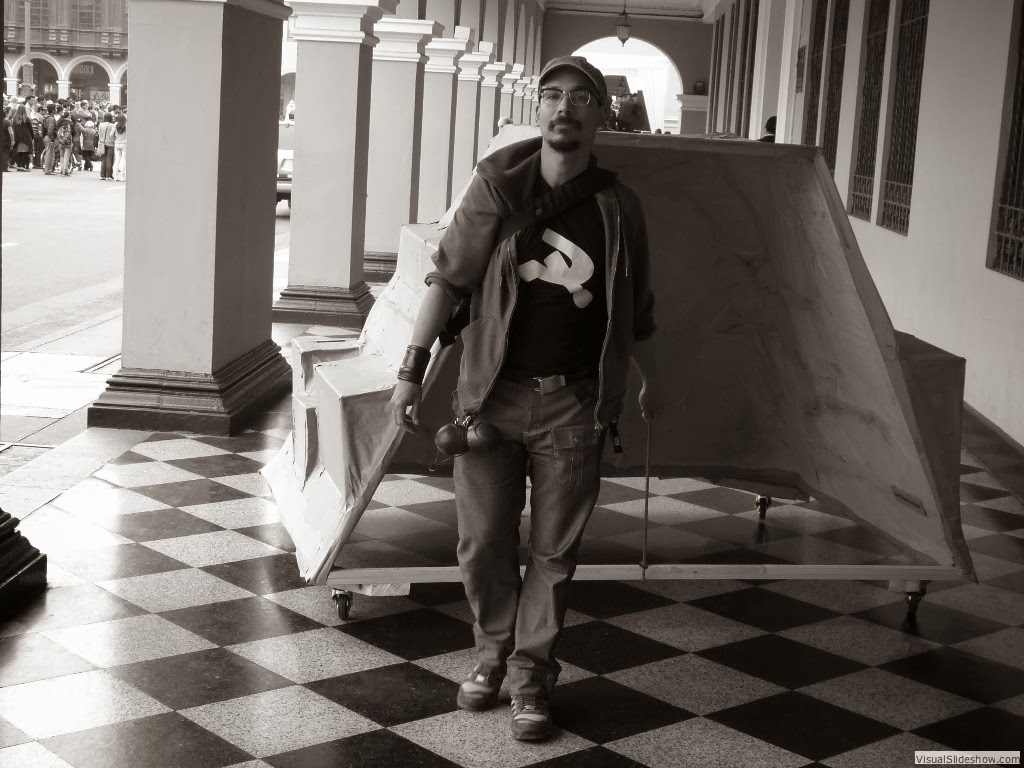 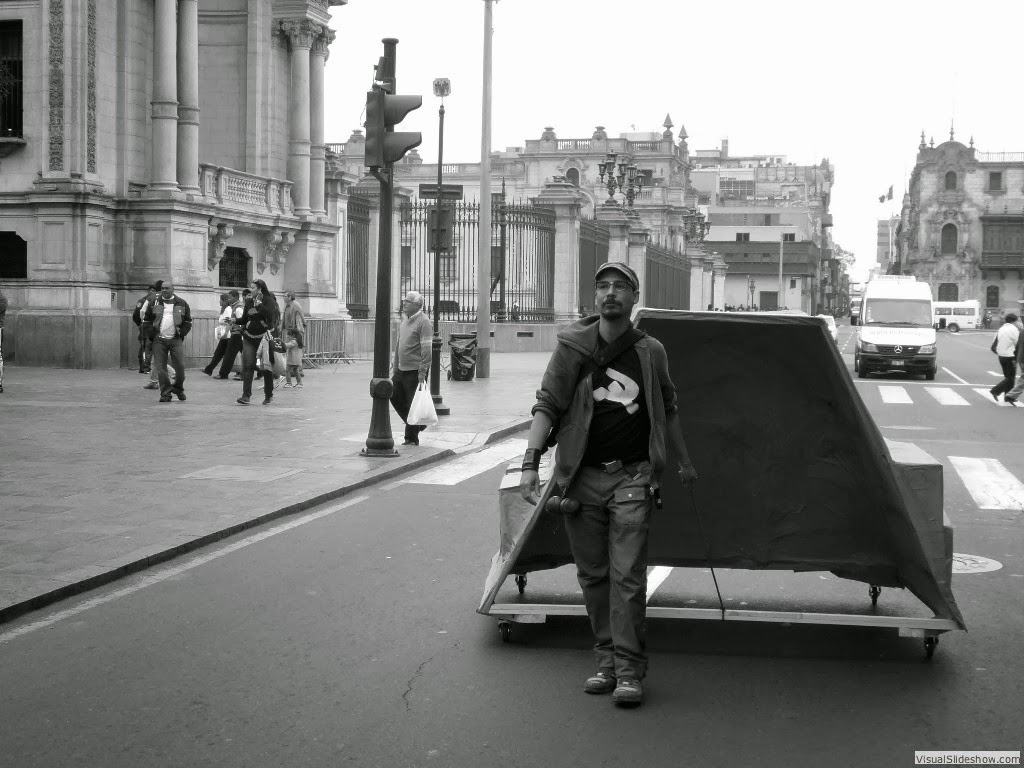 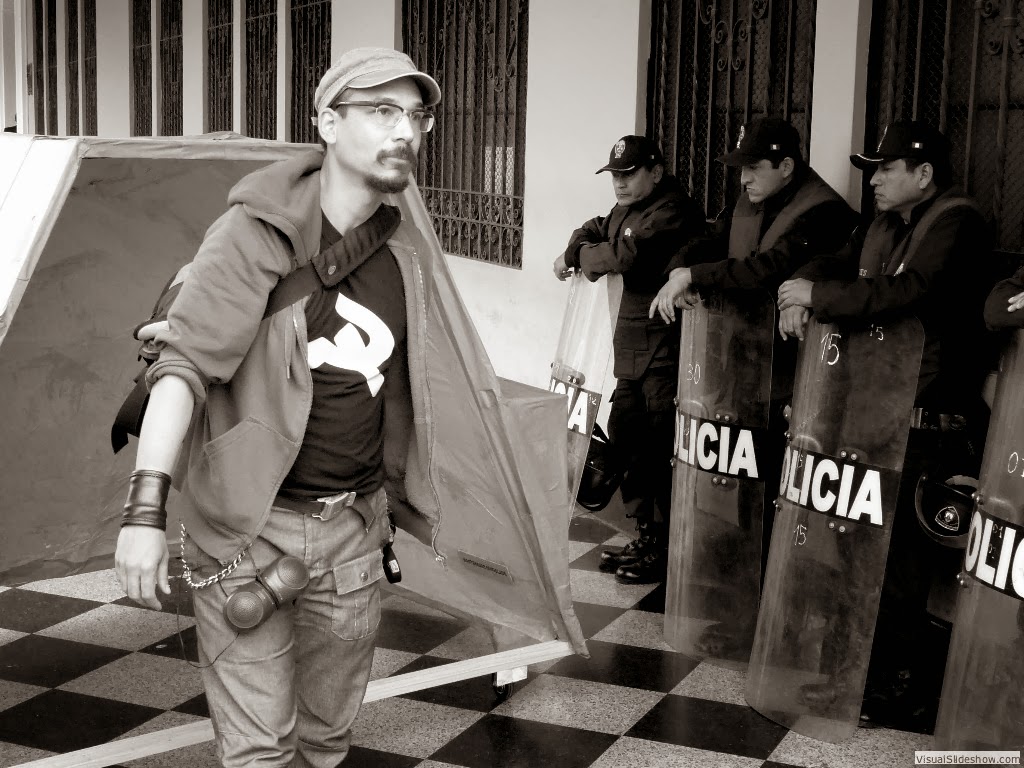 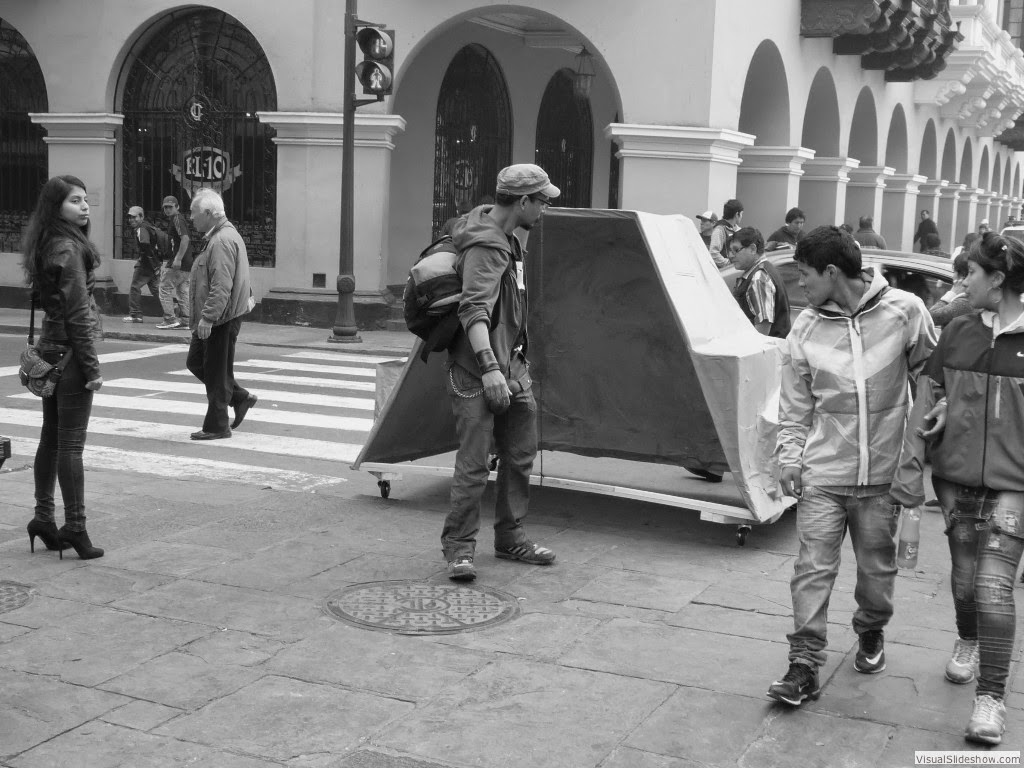 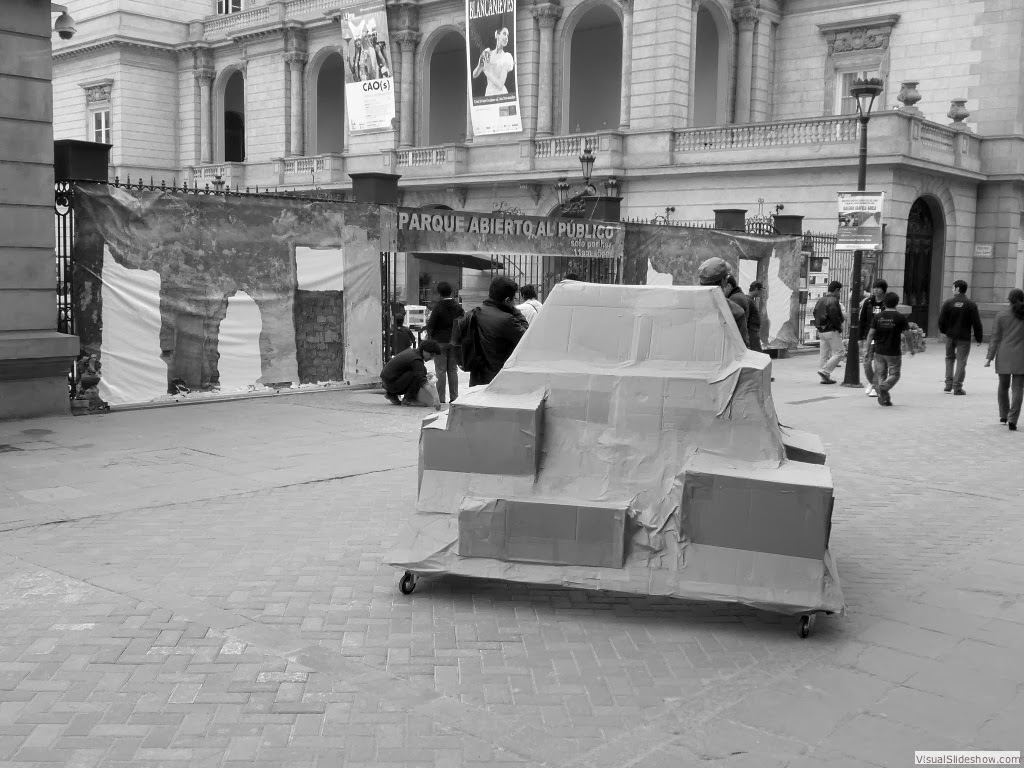 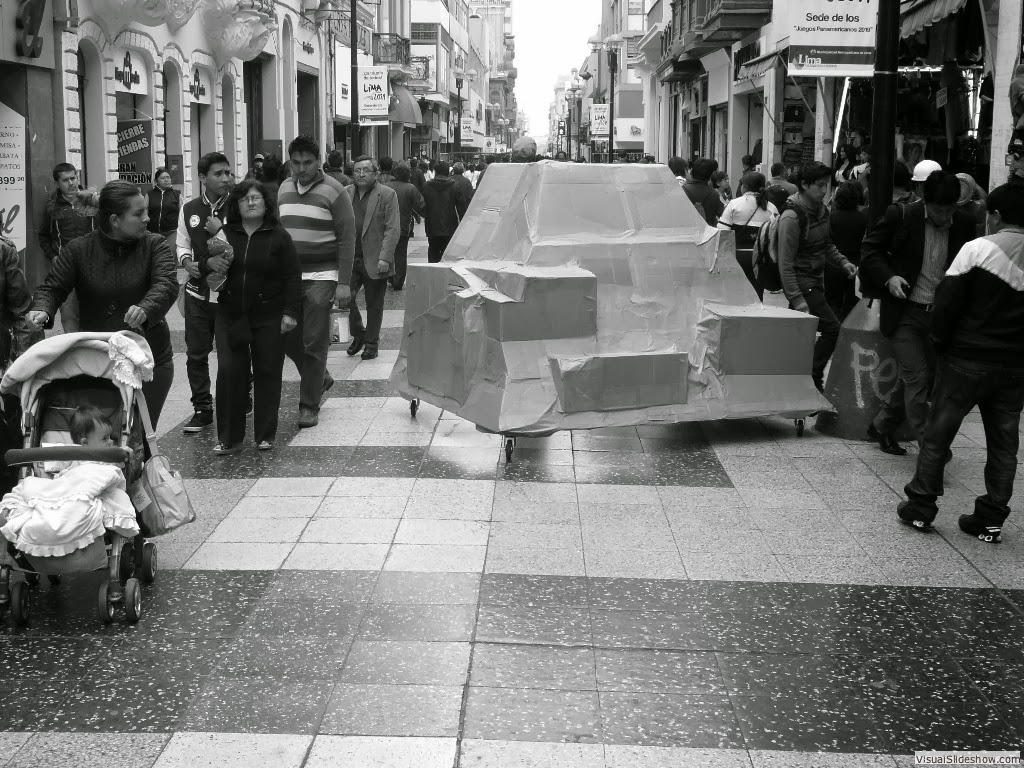 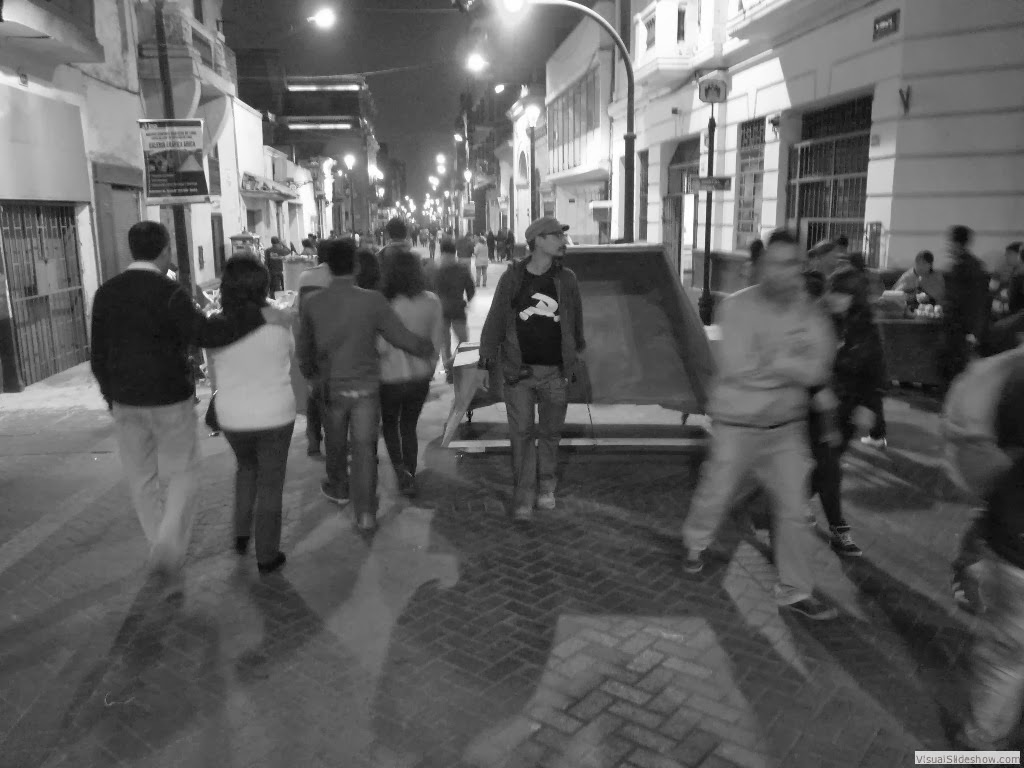 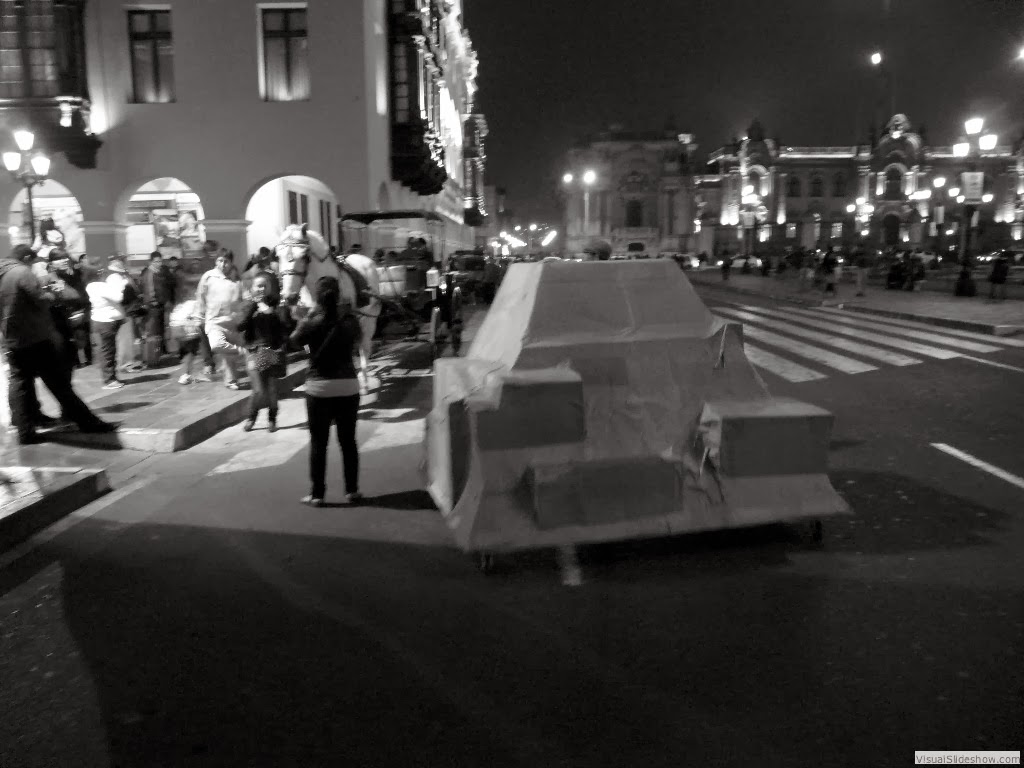