Over the four-day event, in a mobile public bank the Process Institute produced and distribute money in a collaborative studio with passersby to pay for the under valued work people contribute to society, and in doing so examines the public’s relationship with labor, income, economics and capitalism. With these performative actions we wanted to engage the public in a critical dialogue that investigates several themes: paying for hidden labor (which work goes unpaid or underpaid & what should be the monetary worth of this labor), questioning how money functions and who controls its value?, how can we (individually) define these values in non-monetary terms?, what is the true worth of 5 Euros? (referencing the critique of Arbeitslosengelddebatte)

The Autonome Bank der Arbeitswertung und Entlohnung grows out of the history of Notgeld, which was “emergency money” or “necessity money” issued in Germany (also used in various forms in Spain in the 14-15th centuries, in Italy in the 1970s and most recently in Argentina 2001-02 during the financial crash) as a solution during times of economic crisis. We wanted to use this example not only as a criticism of the macro-level of global finance, but to explore the micro-political importance of the empowerment that results from appropriating value-systems on a local/individual level. 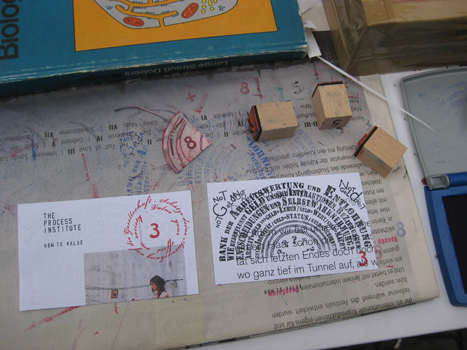 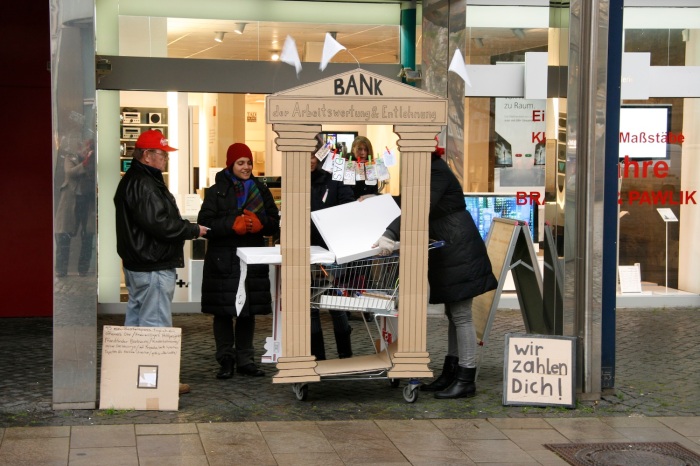 More Documentation and German text on the Festival website